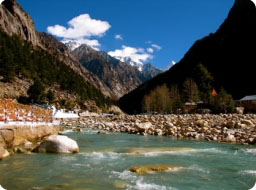 Meditation refers to any of a family of practices in which the practitioner trains his or her mind or self-induces a mode of consciousness in order to realize some benefit. Meditation often involves invoking or cultivating a feeling or internal state, such as compassion, or attending to a specific focal point.

The word meditate stems from the Latin root meditatum, i.e. to ponder. In the Old Testament haga (Hebrew: ????), means to sigh or murmur, but also to meditate. When the Hebrew Bible was translated into Greek, haga became the Greek melete. The Latin Bible then translated haga/melete into meditatio. The use of the term meditatio as part of a formal, stepwise process of meditation goes back to the 12th century monk Guigo II.

Apart from its historical usage, the term meditation was introduced as a translation for Eastern spiritual practices, referred to as dhyana in Buddhism and in Hinduism, which comes from the Sanskrit root dhyai, meaning to contemplate or meditate. The term "meditation" in English may also refer to practices from Islamic Sufism, or other traditions such as Jewish Kabbalah and Christian Hesychasm. A recent edited book about "meditation", for example, included chapter contributions by authors describing Buddhist, Christian, Hindu, Islamic, and Taoist traditions. Scholars have noted that "the term 'meditation' as it has entered contemporary usage" is parallel to the term "contemplation" in Christianity.

Buddhist meditation refers to the meditative practices associated with the religion and philosophy of Buddhism. Core meditation techniques have been preserved in ancient Buddhist texts and have proliferated and diversified through teacher-student transmissions. Buddhists pursue meditation as part of the path toward Enlightenment and Nirvana. The closest words for meditation in the classical languages of Buddhism are bhavana and jhana/dhyana. Buddhist meditation techniques have become increasingly popular in the wider world, with many non-Buddhists taking them up for a variety of reasons.

The practices of Yoga help one to control the mind and senses so the ego can be transcended and the true self (atman) experienced, leading to moksha or liberation. According to Patanjali's Ashtanga yoga practice includes ethical discipline (Yamas), rules (Niyamas), physical postures (Asanas), breath control (Pranayama), withdrawal from the senses (Pratyahara), one-pointedness of mind (Dharana), meditation (Dhyana), and eventually Samadhi, which is often described as the union of the Self (Atman) with the omnipresent (Brahman), and is the ultimate goal of all Hindu Yogis.